How the DVLA is Ramping Up Efforts to Punish Tax Evasion 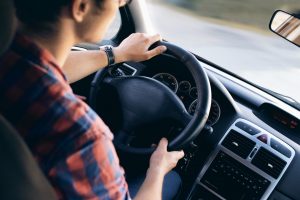 Vehicle tax is something that no driver likes, but that everyone has to pay – from owners of 2-door hatchbacks to those who have done their HGV training courses. The only vehicles exempt from the tax are models that are completely electric, and due to the high purchase price of electric cars and vans, there aren’t that many on the road. The DVLA reported that there was a spike in vehicle tax evasion in 2018, so the government body has been doing several things to crack down on the act this year. So, what exactly are they doing and why? More importantly, is it working?

The DVLA monitors for vehicle tax evasion very thoroughly and during 2018 they found rates of the crime on the rise. There were 11 cities in particular where evasion rates were exceptionally high in comparison to the rest of the UK. Those 11 cities were: London, Glasgow, Belfast, Manchester, Birmingham, Sheffield, Coventry, Bristol, Nottingham, Leicester and Nottingham.

To put things into perspective, in 2018, there were 464,000 enforcement actions for vehicle tax evasion in London alone. The actions ranged from clamping to heavy fines. Let’s assume that each one of those vehicles was in the middle band for tax (approx. £150 per year), the DVLA lost over £69.6 million in revenue in London during 2018. All of that lost revenue could have gone towards improving and maintaining nationwide road infrastructure. So, maybe now you can appreciate why the DVLA is so desperate to clamp down on those not paying.

What are the DVLA Doing?

The central focus of a lot of the DVLA’s actions has been the “Tax it or lose it!” campaign slogan. Enforcement agents employed by the governing body have been dispatched all across the country to search for untaxed vehicles and share the slogan.

There have been numerous advertising campaigns in all of the ‘hotspot’ locations, including printed publications, billboards, radio, social media and local websites. The advertising campaign material was designed to make drivers think twice before taking a chance and not renewing their vehicle tax. One of the most impactful posters featured a DVLA vehicle with a massive clamp attachment and the text “Tax it or we’ll clamp it”. The campaign was designed to raise awareness of the issue of untaxed vehicles and prompt people to ensure their van, HGV or car is properly taxed.

The ad campaign has been working. To date, the DVLA has clamped nearly 10,000 vehicles and they’re only just begun. So, be sure you remember the slogan: tax it, or lose it!

Are you aware of the punishments you could face if you own an untaxed vehicle? The punishment is linked to how long you leave it, but could be:

• An £80 fine for driving without road tax – the fine can be halved if you pay the full amount within 28 days.
• If you fail to pay the fine, the DVLA will raise it to five times your annual vehicle tax, up to a maximum of £1000.
• If you are caught driving without the right vehicle tax, you get a fixed penalty notice, which is issued and payable immediately.
• If you knowingly allow someone else to drive your untaxed vehicle, you could both receive a fine of up to £1000 – if the vehicle carries eight or more passengers, the fine rises to £2,500.
• Driving a vehicle that has an unpaid higher road tax rate due could result in a penalty of five times the annual road tax, or £1000.
• Driving with no road tax could also result in your vehicle being impounded or clamped, which means you will be liable for the release fee. If your vehicle is clamped, you have 24 hours to pay your car tax, a £100 release fee and a “surety deposit” (£160 – £700). The “surety deposit” is returned once the back taxes have been paid.

In high-evasion locations, the DVLA has more than doubled their enforcement efforts and is clamping and fining hundreds of vehicles. So, while your vehicle tax can be expensive, not paying it will end up costing you even more.